Mara Elephant Project received a hotline call from villagers on October 29 about a herd of elephants being threatened by farmers near the Mara River in the Transmara. MEP deployed the Karen Blixen Camp Robinson R44 helicopter with CEO Marc Goss at the controls and two MEP rangers ready for immediate response. When we arrived villagers were shooting the elephants with arrows and chasing after them; we knew this was a serious human-elephant conflict situation. We dropped the two MEP rangers off from the helicopter and with them on the ground; they were able to follow the elephants until our Rapid Response Team arrived. Working together with the rangers, the helicopter was able to move the herd of five to safety but that was only half of our job. We noticed that the matriarch of the herd had multiple arrow wounds to her face and body.

All elephants are important to save but matriarchs are especially critical. Their well-being often dictates the health of an entire herd. They are also critical for breeding and thus repopulating Kenya’s already depleted elephant population.

MEP contacted the David Sheldrick Wildlife Trust “Sky Vet” program to collect the Kenya Wildlife Service vet, Dr. Limo, in the helicopter so we could seek out this matriarch and treat her wounds. We deployed rangers ahead of the vet arriving to ensure her safety and keep track of her whereabouts. Dr. Limo was able to tranquilize her and once immobilized the entire team of KWS vets and MEP rangers were able to treat her wounds. Overall, we recovered 11 barbed arrows from her body and face. 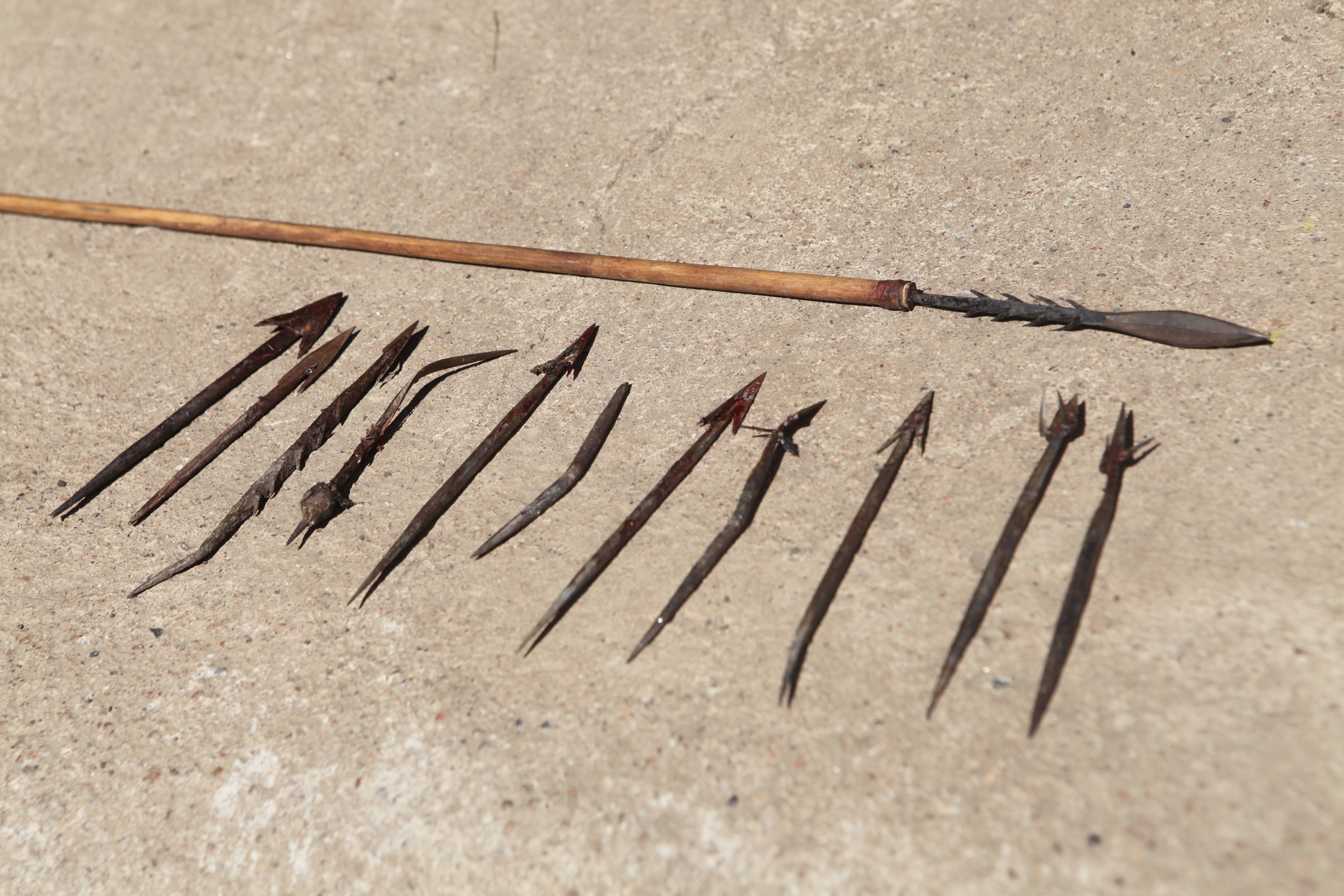 In addition to saving her life, we took the opportunity to collar her with a MEP PREPARED Project collar and we’ve named her Courtney. Collaring a matriarch is especially important to MEP’s data collection because these females lead such large family herds over vast amounts of land. MEP can use this data in the future to inform land-use policy and protect this matriarch and her herd from human-elephant conflict.

The Karen Blixen Camp helicopter is critical to a rapid response in both herding these elephants to safety and treating a critically wounded matriarch elephant. MEP needs donations to keep flying, please consider a contribution today.