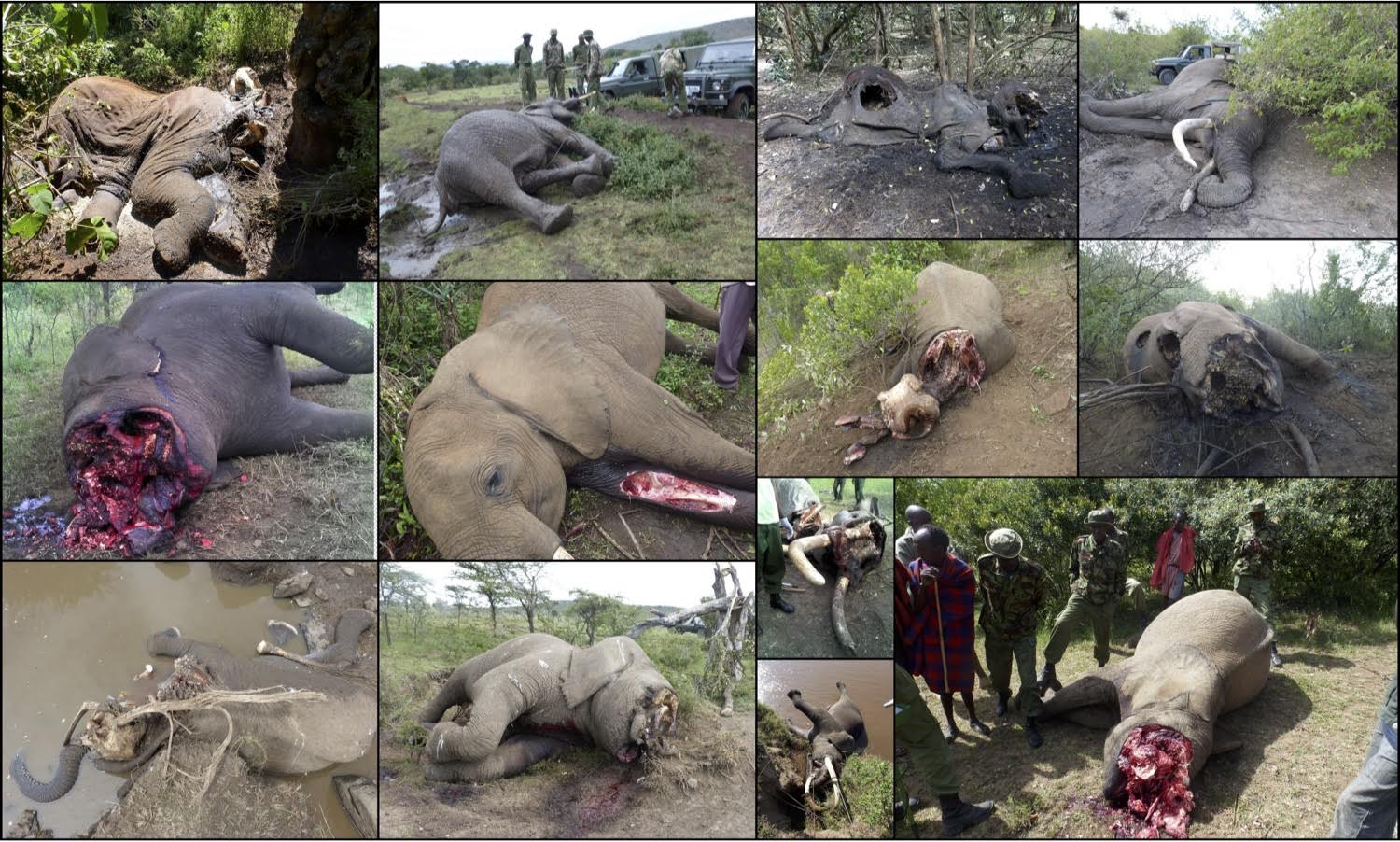 In 2011, some areas of Africa reported the highest level of poaching rates ever recorded. Researchers estimate that 38,000 elephants are killed every year to supply the illegal ivory trade. That is, one elephant killed every 15 minutes. Unfortunately, the market offers significant reward to poachers; ivory can sell for as much as $1,100 a kilogram in China (Save The Elephants 2015 China Report). Poachers make $200 per kilogram of ivory meaning that even a small pair of tusks can net a poacher more money than he would otherwise make in an entire year. If this trend continues, elephants could become extinct within 15 years. The most concerning trend in 2018 in regard to poaching in the Mara is bushmeat poaching. Snares are strands of wire usually strung up between two tree trunks low to the ground. They are often used to catch zebra and wildebeest, so they can be sold illegally for bushmeat. This is a very common form of poaching in the Mara and one MEP patrol units often run into.